The Blackstone Valley, often referred to as the birthplace of the American Industrial Revolution, runs from Worcester, MA to Providence, RI. In the 1800's many of the farming communities here turned to the Blackstone River, one of the most powerful rivers in the country, to lead the way to a new way of life. Mills were built all along the river and employed thousands of people. Canals were constructed, then the railroads, and the turnpikes.

Blackstone Valley Bluegrass was formed the summer of 1998 and the original band members all had ties to the area, so the band was aptly named Blackstone Valley Bluegrass, following a tradition in bluegrass music for naming yourself after your locality. Dan retired from the band and Tim joined in 2018 and immediately contributed two original songs. In 2021 Ken announced he was retiring from his day job, selling his house and moving to Florida. Soon after Dave announced his retirement from the band to focus on his D-String instrument repair business and his original guitar music. We then decided to preserve this version of the band by recording a new album. Tim and his wife Vicki's original song, Passenger Train, will be the title track. We hope to have the final CD available later this year. 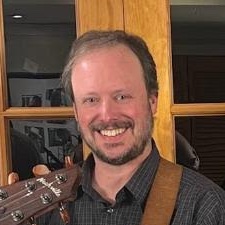 Bob began his musical journey on the guitar at age 8. Soon he found that he really wanted to play the bass. Those low tones just grabbed his attention. He has played many musical styles starting with bluegrass and then into jazz and classical. He played bass with the Greater Boston Youth Symphony Orchestra during high school and spent two and a half years studying music in great detail at Berklee College of Music in Boston. All along he always gravitated back to bluegrass. Early on Bob played with his brother Dave in a couple of project bands - Chordwood, The Alternative, and their duo The Real String Band. In 1988 Bob became the bass player for Bear Acker & Billings Gap. In 1990 he started making music with Rick Lang as well as Skip Gorman & Rick Starkey and went to IBMA in 1991 with Skip & Rick for a showcase set. While there he met Bob Amos, who at the time was living in Colorado and had a band Front Range. He ended up joining Front Range in 1992 and played bass with them until the band halted performances in 2004. He had already picked up the mandolin in college and had started playing fiddle too. Toward the end of 1993 he started playing bass with SloGrass and is still with them today. Bob also played bass for Valerie and Walter Crockett and the Oxymorons from 1996 to 2009. In 1998, as Front Range settled into a more part-time band, Bob got a call from Ken about a gig in Whitinsville; he wanted to put together a group with Bob and his brother and Dan Nowlan. Blackstone Valley Bluegrass was born. After a few years he started playing resophonic guitar, which he currently plays in the band as well some bass. Mostly he plays guitar and sing lead and harmony vocals in the band. Bob also has a recording studio at home called Appleland Studios and has recorded many local bands including both of BVB's albums. 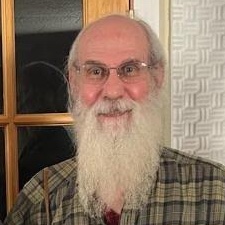 Tim St. Jean joined us in early 2018. Tim has been performing around southern New England for many years and brings great musicianship to the band. Besides mandolin, Tim plays just about any instrument you can give him, but in the band he's our mandolinist and fiddle player and even plays some concertina as well! Tim has written many fine songs; we have a couple of his tunes already worked into the band and will be working in another one or two soon. He's a great lead singer and is filling in the harmony vocals wonderfully. Tim can also be seen playing with Grass Routes Bluegrass, Shoregrass, and other bands based out of Connecticut. He also gives lessons on the bluegrass instruments and is a proud supporter of kids learning to play bluegrass. He's even been known to call a bit of square dancing! 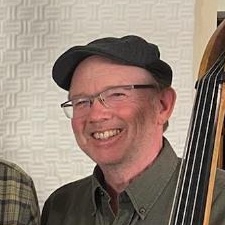 Blessed with an empathic ear and cursed with an insatiable musical thirst, bassist Peter Tillotson's journey has taken him everywhere from garage bands to Lincoln Center and from Be-bop to Bluegrass. As a first-call bassist in the New England area, Peter has performed with members of the Boston Symphony, Jim Hurst (International Bluegrass Music Association's guitar-player of year), entertainers Don Rickles, Steve Allen, Scott Bakula, Maureen McGovern and Suzanne Somers. Peter's expertise in acoustic amplification has kept him busy as a technical consultant to a who's who of artists including Acoustic Alchemy, Barenaked Ladies, Daughtry, Sheryl Crow, Count Basie Orchestra, Doc Watson, Jerry Douglas, Dixie Chicks, Lisa Loeb, Lyle Lovett, Avril Lavigne, Dave Mathews, John Mayer, Joe Perry, Bonnie Raitt, Paul Simon and Pete Townshend. He has even played the sousaphone for a Memorial Day parade! We are excited to see how Peter's impressive skills will work into the band! 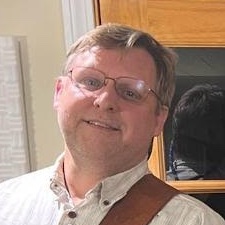 Inspired by a musical family, Pete Fein became interested in playing guitar in his teens and discovered bluegrass banjo at the turn of the century, around year 2000. His interests include playing bluegrass, old time, contradance fiddle tunes, finger-style guitar, and swing jazz on ukulele. He is currently playing with bluegrass / folk / classic rock crossover bands the Suqnots and the Jamblers, as well as the swing jazz trio, the Swinglers.